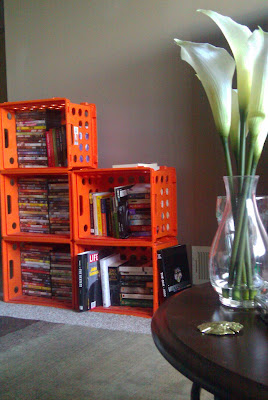 They say that a picture is worth a thousand words. I’ve always wanted to test that theory. Here is my second "Thousand Words" essay.

I've been digging through some of my old albums tonite looking for a specific picture. This isn't the picture. This one, however, really describes what is going on in my mind in a very visual and cryptic way, which is the way that I like.

This is my old apartment in Michigan. I miss it, especially when I start looking through old photographs. I'm a pretty present minded person (though really I just live in my head in a world that either doesn't fully exist or doesn't yet exist.)

Looking through old photos reminds me of the moments. This picture has a few items that really bring back memories for me. Those orange crates are Jordan's. This picture was probably taken about a month before she moved back to Texas. She took the crates with her and now they are located in her room.

I loved seeing both of our styles coming together. It was always so much fun to decorate a room with her (see: watch her decorate a room for me.) The apartment I'm currently in has a few of her touches from when I first moved here as well as a few failed attempts on my part.

Come to think of it, this is probably one of the first pictuures I took with my current phone. This picture was in a folder titled "2010-11-12 phone." The folder was created when I finally ran out of room on my phone to take any more pictures. I uploaded all of them to my computer at once and was able to start over again.

Sitting in front of those crates is my rug. I LOVE this rug! I bought it with my brother Brad in my first apartment. It was part of my first New Month, where I do something new every day during the entire month of January. My new thing was to get a JCPenney store card. I then used that card to buy a couch and a rug for the new apartment. Both are still in Michigan and I'm probably still paying off the interest on my JCP card to this day!

Pan over to your right a bit and you see some fake calla lily's from the Target down the street. I bought them for Jordan for our anniversary. Or was it for Valentine's Day? Hmph, I am going to stick with my first thought on this one and say that it was the anniversary.

Calla lily's are Jordan's favorite flower. She only told me once and it was during the first few months that we knew each other back in 2006. I remember spending a few hours during the summer of '08 digging through my brain in order to recall what flower it was. Remembering was one of the most amazing experiences of my life. I thought it was completely impossible to do, pulling a word out of your memory from years past.

Those flowers sit in her room also.

Makes me wish I was sitting in her room, or, more accurately, that we were sharing a room.

That is what drew me to this picture. It was our things together in a scene where we were both living. That's my goal. Years ago it seemed like such a strange thought, years later it was so simple, and now it feels like a bit of a challenge.

I wasn't originally looking for this picture. I was searching for a different picture that told me the first time Jordan and I "met." We didn't originally meet in person, but online through Beck's MySpace comments. Years later I scoured through Beck's MySpace page looking for that comment in order to screenshot it as a keepsake. I was looking for the picture that said "December 9th, 2005." I couldn't remember the day. I thought it was the 15th or the 18th, though I think those days are important too probably, or else I wouldn't have them in mind.

Either way, I won't be in Texas on December 9th, so knowing the date isn't too important anymore as I won't be able to do anything on that day. In fact, I have a magic show in Ohio on that day, if I remember correctly.

I just let out a sigh. I remember taking this picture, somewhat. I saved it to my phone to come up whenever my apartment called. I realize that I must be sitting on the couch during this. I've been trying to recall why the plastic police badge is on the table! At least, I think that's what it is!

This apartment was amazing. It was so roomy, too roomy! Is roomy a word? I can remember walking through it and loving the walls, the paint, the tiles, the size...man the size! I was so excited to get this apartment.

There's a lot more going on in my head than 1,000 words can describe. I'd almost rather leave you with just the picture and not have explained anything. I think the picture really gives you a glimpse into my thougths, if you're willing to look, without me having to describe it. However, it doesn't tell you everything going on in my head. I'm not even telling you that and now that I've reached a thousand words, I feel like I shouldn't post this. Only time will tell. 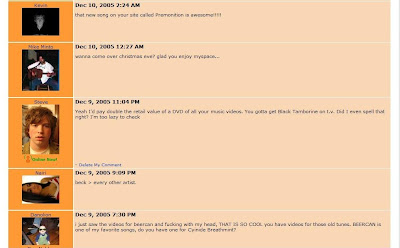