Thomas Edison attempted to create a new minor invention every ten days and a new major invention
every six months.

He believed that out of quantity came quality. Genius is 99% perspiration and 1% inspiration. If you
set yourself a clear quota it will focus your energy and spur creativity.
I saw my inspiration and set myself a quota to come up with a new effect, plot, tweak to an old idea,
or presentation every ten days.

Inside this book is the culmination of my continuing journey.

Letter Bomb - Prove to your audience that you were able to influence them to choose a particular
letter of the alphabet.

Anything in the World - A participant is instructed to think of anything in the world, with a little help
from the performer. They are able to change their mind multiple times and you never have to touch
the paper they write on.

Bedroom Light - Make a random word or playing card reveal more personal by speaking out details
of a thought of room.

Heartland Feeling - Reveal details of seemingly any location a spectator thinks of during a playing
card routine.

"Naturally Drawn To" Principle - A verbal Out that allows you to attempt to guess birth months,
Zodiac signs, a main category for a reading, and more. The structure of the sentence instantly
washes away a miss

Cold Cuts and Candy - Takes the Naturally Drawn To structure and applies it to cold cutting to a chosen card in a deck.

Modesto - A way to guess a U.S. state that someone is thinking of with no props. Without asking a
question you can know if you're able to reveal the state propless or if you have to go to the fully
described Out. Very little memory work, but includes tips to have this involve no memory work. 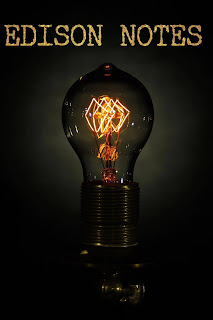